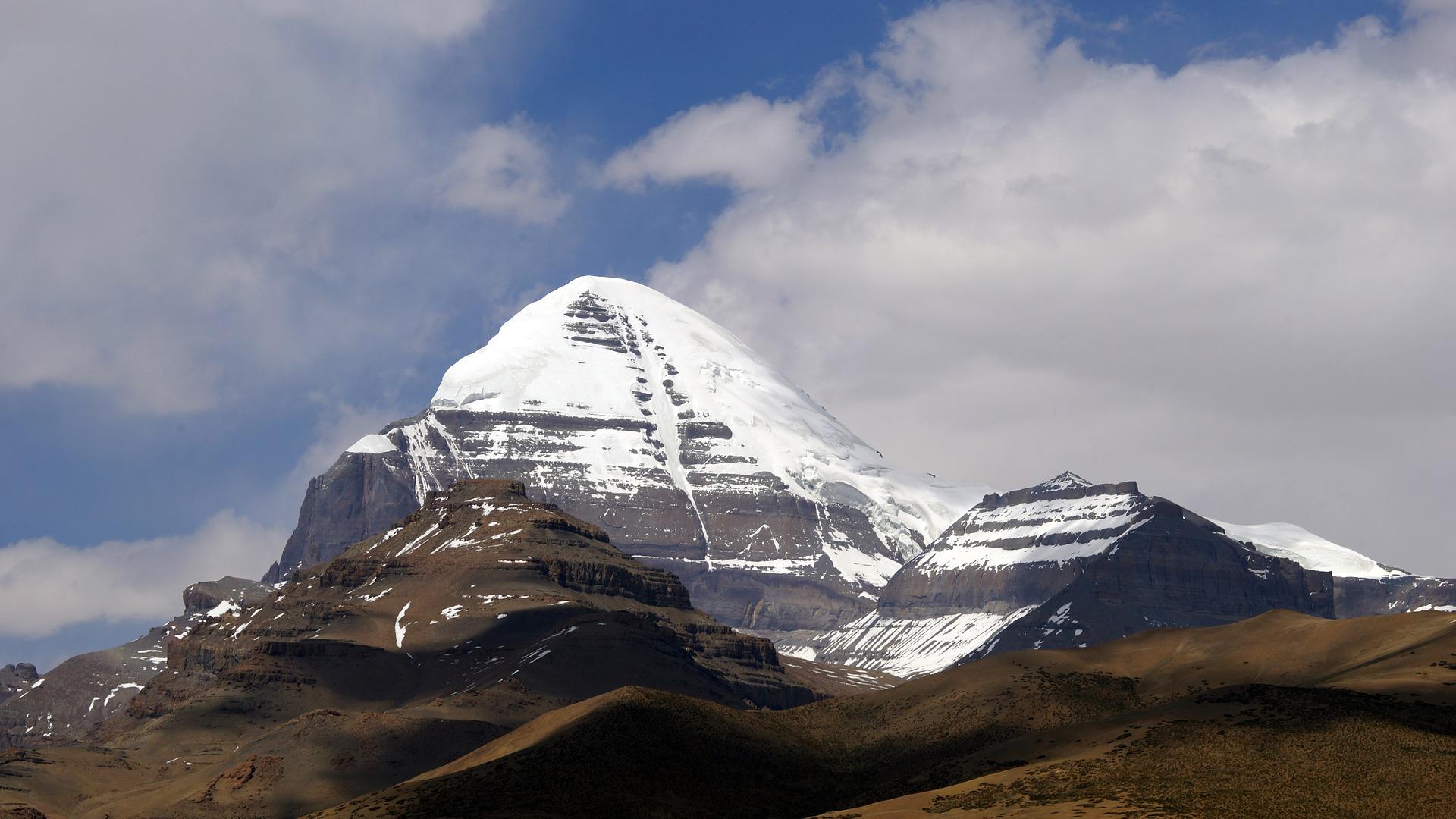 Planet Earth has 7 major chakras, or energy centers, that stretch from the earth’s poles to the equator.

These earth chakras act like a circuit board, distributing energy throughout the planet. These are also known as ley lines on mother earth.

Chakras have been used for centuries by spiritualists, shamans, and healers to connect with the earth and its energies. Sometimes we can suffer blockages in our chakras, but these can be healed and unblocked using many different methods.

Where are they, though?

Where Are The Earth Chakras Located?

The 7 Earth Chakras that are widely believed to be located around the world, and they also match the energy centers that are found in the human body.

Our connection to the earth through the seven chakras is what helps us to obtain this knowledge.

In this article, you will learn about each of the seven chakras and how they connect to Mother Earth’s energy system.

In our human body, the chakras are:

The earth is a living being. It has its own energy, just as we do.

It is also said that we learn from the earth, as the earth teaches us about the power of love and peace.

The mountain is widely believed to be an energy vortex, which means it has a strong spiritual energy that can be felt by those who visit it.

Mount Shasta has a spiritual connection to many Native American tribes, including the Shasta, Atsugewi, and Wintu peoples.

Mount Shasta is an excellent place to do shamanic journeying and ritual work.

The root chakra is the energy center located at the base of the spine. It is also known as the “root energy center” or “root center.”

Our root chakra is connected to our sense of groundedness, safety, and security in this world.

I did come across an interesting website, Mount Shasta Retreats, which is a spiritual retreat center in Mount Shasta, California.

You can find retreats and other events that are hosted all year round.

Considered a feminine energy site, this is a place of healing and fertility.

Lake Titicaca is a lake located on the border of Peru and Bolivia.

It is the highest navigable lake in the world. The lake is also considered to be a spiritual site for the Inca people and is named after the Incan goddess of love.

The sacral chakra is the second of seven chakras in our body.

It is located below the naval and above the pubic bone.

The word “sacral” comes from Latin word “sacrum” which means sacred or holy.

It’s connected to our ideas of security and sustenance, as well as with our deepest desires for love and connection.

Take a look at this amazing footage of Lake Titicaca, captured by votocekArtCompany

Uluru is a large sandstone rock formation in the Australian outback. It lies near the town of Yulara and is the most recognizable landmark in Australia.

Uluru is 348 meters (1,150 feet) high and 2.8 kilometers (1.5 miles) in circumference. It is the world’s largest monolith and the second largest volcanic structure on Earth, after Mount Augustus in Western Australia’s Kimberley region.

The site of Uluru is an important part of the culture and beliefs of Aboriginal Australians. It is a place where they can connect with their ancestors, and where they can feel their spirits.

If you are ever lucky enough to be in the area, please also check out the nearby Kata Tjuta, which is another beautiful site for the Aboriginal people. The site has a rich history that dates back to more than 20,000 years ago.

It is clear to see, Uluru is more than just a beautiful rock. It’s a sacred site and a place that has been used by people for thousands of years. It’s not just an Australian icon, it’s also part of our global heritage.

For us, the solar plexus chakra is the third chakra in the seven-chakra system.

The solar plexus is located at the navel and this chakra is related to self-esteem, will power, and personal power, which ties it perfectly to Uluru.

The most famous stone circle in the world, Stonehenge, is the spiritual earth chakra of the United Kingdom.

Earth’s heart chakra is located in the middle of Salisbury Plain in Wiltshire, England. The stone circle was built around 2500 BC.

Most people are unaware of Stonehenge’s spiritual healing component. People who want to protect the site from commercialization have said that standing near it is healing and that the stones have a healing vibration.

Stonehenge is an ancient monument known for its healing powers. If you want to find out for yourself, I suggest that you visit the site and try it out.

When our heart chakra is open, we are able to handle anger without becoming aggressive or resentful;

There have been many tales of people that have visited Stonehenge and found that their symptoms/ailments subsiding after they did so.

Either way this is a magical place, and you can pick up on that watching this beautiful footage by Chris Adams

The Throat Chakra: The Great Pyramid of Giza

The Pyramid of Giza is a sacred geometry marvel that was built circa 2560-2540 BC. The most well-known pyramids are the three Great Pyramids of Giza in Egypt.

We often think of the pyramid as a tomb, but it is more than this. It is the symbol of the sun, and the gateway to the next world,. It also the location of the throat chakra upon earth.

The pyramid was built to align with the cardinal points. The shape of the pyramid is symbolic of a lotus or lotus flower and it’s association with purity and rebirth.

The ancient Egyptians believed that the king’s soul would ascend through the pyramid and into the heavens after death.

They believed that by constructing these grand monuments, they would ensure the king’s soul became one with the universe.

The throat chakra is the fifth of our seven chakras.

It is located in the throat, and it deals with creativity, expression, and communication. Often related to speaking your truth, but it also has to do with self-expression and creativity.

The color associated with the throat chakra is blue or turquoise.

This is said to be a particularly powerful place to meditate on this chakra, due to its high concentration of earth energy.

The third eye earth chakra is believed to be currently located at Tor Hill in Glastonbury, England, UK.

It is also known to move location.

During an Aeon, which is approximately 2,160 years long, there is a slow but steady shift in the energies that ripple through our world.

This change is reflected in the third eye chakra, which governs our ability to see clearly both inward and outward. As we move through each Aeon, we have the opportunity to open this chakra wider and wider, gaining greater insight and understanding.

As we enter this new age, we have the chance to heal the wounds of the past and create a world that is more just, compassionate, and harmonious.

In relation to us, the Third Eye is the sixth chakra and it is located in the forehead.

It is symbolized by a dot or a triangle. The Third Eye is also called the Ajna Chakra and it has a lot of importance in spiritual development.

It can help one to see things that are not visible to other people, such as spirits, ghosts, and deities.

This will allow you to see things that are not visible with your physical eyes.

The Mount Kailash is a snow-capped peak in the Gangdisê Mountains of Tibet, near the source of some of the longest rivers in Asia. The peak stands at 6,714 metres (22,050 ft).

A sacred mountain in the Himalayas that is said to be the dwelling place of the Hindu god Shiva. It is one of the most significant sacred mountains in Hinduism and Jainism.

The legend behind Mount Kailash is that it was created when the god Shiva plunged his hand into the ground, pulling out its ice-covered water and sand. Shiva then put his hand in his mouth, and when he pulled it out again, a lake of nectar came with it.

Mount Kailash is also a Buddhist pilgrimage site and is believed by some to be the center of the world.

The crown chakra, also known as Sahasrara is located at the top of the head.

It is the chakra where we find enlightenment. It represents the first point of contact with the divine.

Activating this chakra will allow us to feel a sense of peace and happiness plus:

We have learned there are 7 earth chakras on the body and each of these high energy locations can also be found on the earth. They are located on mountains, plains and lakes in different geographical regions.

Found in various places that have spiritual significance, these sacred sites all have their own unique beliefs and rituals. If you are looking to tap into more divine guidance these are the locations considered sacred.

If you are considered a spiritual master or fairly new and maybe are experiencing a spiritual awakening, I hope you agree that the locations above are powerful and beautiful.